Awareness of the effect of intense emotional stress on cardiovascular disease grew immensely when Debbie Reynolds suffered a fatal stroke the day after her daughter, Carrie Fisher’s unexpected death. Furthermore, a study of tens of thousands of people in the UK revealed that, although rare, the rate that people died in the 30 days after a loved one’s death doubled. Literature is full of stories of people dying of broken hearts with some of the oldest and most famous being found in several works of Shakespeare. This article will take a look at how feelings of emotional distress can present themselves physically and the pathophysiology behind a condition referred to as Broken Heart syndrome.

VISCEROSCEPTION: THE OVERLAP BETWEEN PHYSICAL AND EMOTIONAL PAIN

The concept of a broken heart appears to be universal, lacking any sort of cultural specificity. Barring Brazil’s dor de cotovelo (elbow pain to describe the sadness felt about the end of a relationship/unrequited love), an understanding of where ‘heartbreak’ is experienced is consistent between cultures. In a 2014 study, researchers attempted to map bodily sensations associated with different emotions using a unique topographical self-report method. In each experiment, when participants were asked to indicate the bodily region whose activity they felt increasing/decreasing whilst viewing each stimulus, the location of different emotions remained similar regardless of the geographical location of the sample. For example anger, happiness, fear and anxiety were all experienced around the chest by participants in West Europe and East Asia.

[FIG 1 heat map of where emotions are felt in body]

One of the most popular explanations for this is viscerosception. This is the name given to the awareness of processes occurring in the viscera (our internal organs — which have a more diffuse nervous system and don’t have the same touch receptors as our skin). Angor animi is a Latin phrase for a sudden overwhelming awareness of being on the cusp of death, typically reported by people having a heart attack. Distinct from the actual physical pain experienced by heart attack patients, sufferers often report having trouble describing this outside of an all consuming sense that something is terribly wrong. This feeling may occur as a result of the two-way direct communication between the heart and brain. Viscerosception is thought to be processed by areas of the brain like the brainstem, the thalamus, and the anterior cingulate cortex, which is also stimulated during visceral pain and may explain the overlap between physical and emotional pain).

Several studies have shown that emotional turmoil stimulates the anterior cingulate cortex, which stimulates the vagus nerve. This nerve innervates the heart, lungs, and digestive system. Overstimulation from an emotional trigger can send signals to those systems causing nausea or even pain. The effect on the heart can be even more pronounced and possibly cause death. The relationship between stress levels and cardiovascular disease has been observed by many studies. However correlation does not necessarily indicate causation and this is why the idea of physical harm arising from a semi-metaphorical ‘broken heart’ is so polarising. Or so we thought: a condition that is currently gaining traction is Takotsubo Cardiomyopathy (which often gets referred to as Broken Heart Syndrome). First described in Japan, the condition gets its name from the word for ‘octopus trap’ since it has a shape similar to the systolic apical ballooning appearance of the left ventricle.. 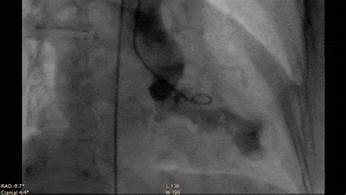 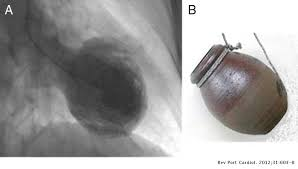 [FIG 3: the condition gets its name due to the similarities in shape between the affected heart and japanese takotsubo]

Mostly affecting older women, it is an acute form of heart dysfunction that mimics a heart attack in its presentation, with chest pain ECG changes and similar blood test abnormalities. However, in contrast to a heart attack, there is no blockage in the coronary artery. Instead, there is an abnormal movement in the heart muscle. The main chamber of the heart, the left ventricle, is described as ballooned as instead of contracting inwards it expands outwards (similar to how a balloon looks as it is being inflated with air). Based on current data, the hallmark of this condition is that it is often precipitated by an intense episode of emotional or physical stress. However, there are cases in which the stressful element isn’t as obvious and a smaller number of cases where there is no stress that can be identified at all.

[Fig 4: Electrocardiogram of a patient with takotsubo cardiomyopathy demonstrating ST-segment elevation in the anterior and inferior leads]

The postulated mechanism of Takotsubo syndrome includes catecholamine excess following a stressful event. Catecholamines are a class of hormones secreted by the adrenal glands usually during stressful events. These stressors stimulate sympathetic activity leading to the release of these hormones which increase the degree of vasoconstriction, heart rate, and contractility of the heart. These changes result in microvascular dysfunction spasms, which are thought to result in myocardial stunning. Myocardial stunning is defined as ‘the mechanical dysfunction that persists after reperfusion despite the absence of irreversible damage. There can also be direct catecholamine associated myocardial toxicity. Thus the combination of all these things manifests as symptoms and physiological indicators of a classic heart attack: chest pain, dizziness with occasional syncope, ischemia, and elevated blood troponin levels.

SO HOW DOES ONE TREAT A ‘BROKEN HEART’?

What makes Takotsubo so insidious is how it almost exactly replicates the symptoms of a heart attack despite the lack of a blockage. Thus it gets treated as such. Often an emergency coronary angiogram is performed to identify the location of the blockage, or — in this case — the lack of one. Once Takotsubo Cardiomyopathy is actually diagnosed, treatment is largely similar to the nature of heart failure treatments, allowing 95% of patients to make a full recovery within 4-8 weeks. This includes the use of ACE inhibitors, beta blockers, and diuretics. Researchers in Aberdeen university is currently looking into cognitive behavior therapy as one of their preventative measures for those with repeat Takotsubo episodes. So is a Total Eclipse of the Heart deadly? Most often than not, no. Perhaps J.S.B. Morse was on to something when he said, “ A Broken heart is just the growing pains necessary that you can love more completely when the real thing comes along”.

Adaora Belonwu is a student at St Michael's Catholic Grammar School in London. Currently she is interested in the fields of embryology, immunology and regenerative medicine.