What is Power Distance?

The concept of power distance was first developed by the Dutch social psychologist, Geert Hofstede; it was one of the first theories of Hofstede’s Cultural Dimension Theory in which Hofstede attempts to quantify the differences in cultural behaviours. Power Distance is a term that expresses the distribution of power in an organization or industry (Kenton, 2021). The Power Distance Index (PDI) is a measure of the power distance in a country; the numbers of a PDI convey the degree to which unequal distribution of power is accepted in a culture or nation. The elucidation of a number on a PDI scale tends to be rooted in cultural norms and legacy (Pettit Whisenant, 2019). 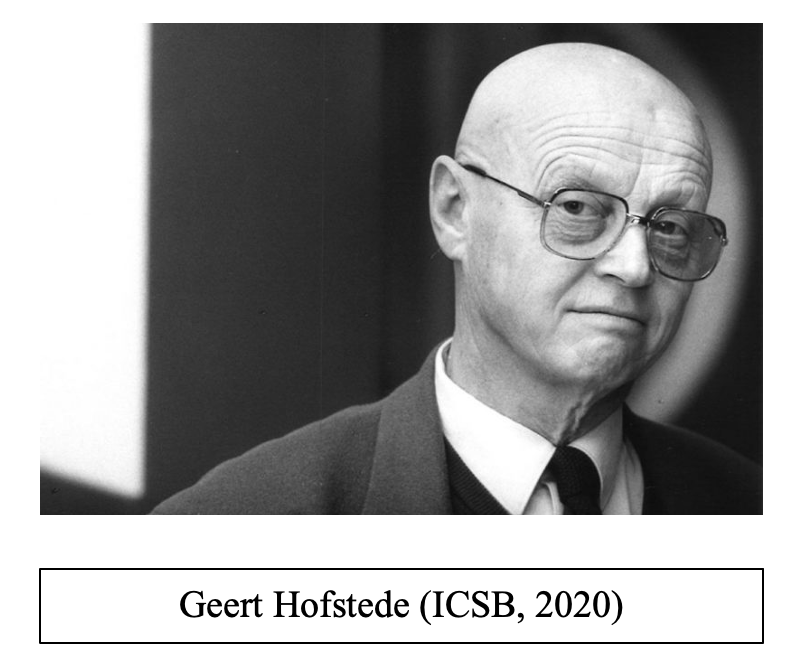 Individuals in an industry demonstrating a high power distance, generally embody people that do not challenge figures of authority and are accepting of hierarchical culture; contrarily, individuals demonstrating a low power distance do not hesitate in questioning figures of authority and expect their views to be holding some weight when making decisions. These behaviours are not only evident within the culture of a nation but also within the culture of certain professions such as aviation and healthcare (Pettit Whisenant, 2019).

In the book, Outliers: The Story of Success, author Malcolm Gladwell discusses how a high PDI culture in aviation had severe reverberations on aviation safety (Gladwell, 2009).

In the period 1988 to 1998, Korean Air’s “loss” rate was 4.79 per million departures. An airline’s loss rate is the frequency with which crashes or aviation accidents occur. Relatively, the loss rate for the American carrier United Airlines in the same period was 0.27 per million departures; Korean Air’s record was more than seventeen times higher than that of United Airlines’. However, today Korean Air is a certified 5-star airline and its safety record since 1999 has been immaculate. In recognition of this transformation, Korean Air has received the Phoenix Award in 2006 (Gladwell, 2009).

In retracing Korean Air’s transformation, we see how decreasing a high PDI played a significant role in minimising the airlines’ loss rate and thus ameliorating its reliability and reputation. According to aviation experts, a plane crash is multifactorial and often a culmination of errors that leads to a crash. Astonishingly, these errors are rarely problems of knowledge or flying skill, rather they are errors of teamwork and communication (Gladwell, 2009).

“The whole flight-deck design is intended to be operated by two people, and that operation works best when you have one person checking the other, or both people willing to participate. You will have a safer operation than if you have a single pilot flying the plane and another person who is simply there to take over if the pilot is incapacitated.”

In Korean Air, it was the captain on the “flying seat.” The first officer simply worked as a substitute rather than a supplement in the cockpit (Gladwell, 2009).

On August 5, 1997, Korean Air Flight 801 departed for Guam; the flight crashed on August 6, 1997. Among other reasons such as bad weather, the National Transportation Safety Board, nonetheless, cites poor communication between the flight crew and the captain’s poor decision-making skills as the main cause of the crash (Wikipedia, 2021). Upon subsequent inspection of the black box, by psychologists, the most unusual feature of the conversations between the captain, first officer, and first engineer was the lack of explicitness in the language used by the subordinates in informing their captain of an emergency. The speech used by these officers is identified by psychologists as “mitigated speech (Gladwell, 2009).” 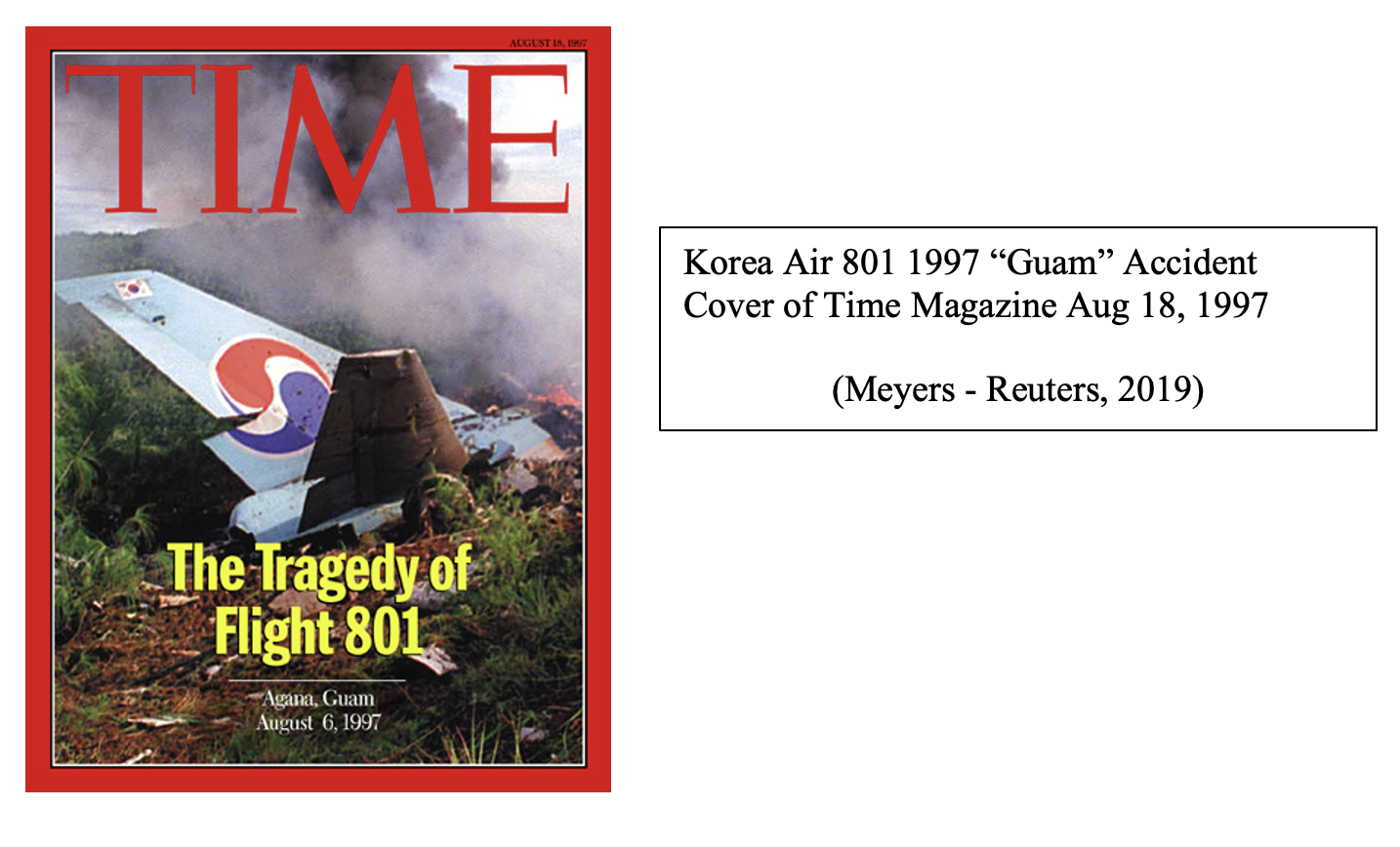 Mitigated speech is indirect communication inherent in communication intended to be polite or deferential to authority; it involves implicitly suggesting or referring to something and often uses subtle hints to convey a message. In a critical situation, mitigated speech coming from a subordinate is very likely to be ignored or looked over. The use of mitigated speech by subordinates during this emergency not only demonstrates a high power distance relationship between the captain and the officers but also indicates that such conduct may deeply be entrenched in cultural legacy. Helmreich and Merritt once measured the PDI of pilots from around the world; South Korea ranked second (Gladwell, 2009).

After experiencing several preventable aircraft accidents, aviation recognized the need for change. Reducing “mitigation” has become one of the greatest crusades that aviation has striven for by changing a bureaucratic culture to one that epitomizes collaboration and safety. Aviation experts contribute the decline in airline accidents to the battle against mitigation (Pettit Whisenant, 2019).

Substantial sociological research on the repercussions of a high power distance in aviation has been performed. However, such research is not as readily available for the medical field. In this article, we attempt to draw similarities in the critical situations of both professions. Thus, just how aviation integrated research results to improve safety, the healthcare profession can draw on tips to do the same. Both of these professions share certain features: high-level thinking and quick decisions with no room for error; mistakes in critical situations can have severe safety repercussions.

The cockpit, with its intricate manoeuvres, can, to some extent, simulate the exacting environment of an operating room; the two professions share a strong resemblance in their administration. In a healthcare setting, the physician has the authority and the final say in most operations. However, a hospital setting does not only involve physicians –  there are nurses, residents – in – training, and assistants – all of which have received official training. A high PDI invalidates their observations and assessments; a low PDI, however, demands participation from all positions. A low PDI work environment involves communication and the transfer of necessary information among different departmental positions. This makes the system efficient, thus indirectly promoting better health outcomes. Literature confirms that a high power distance culture reduces worker wellbeing and commitment thus negatively impacting a positive work atmosphere (Rafiei & Sadeghi, 2018). 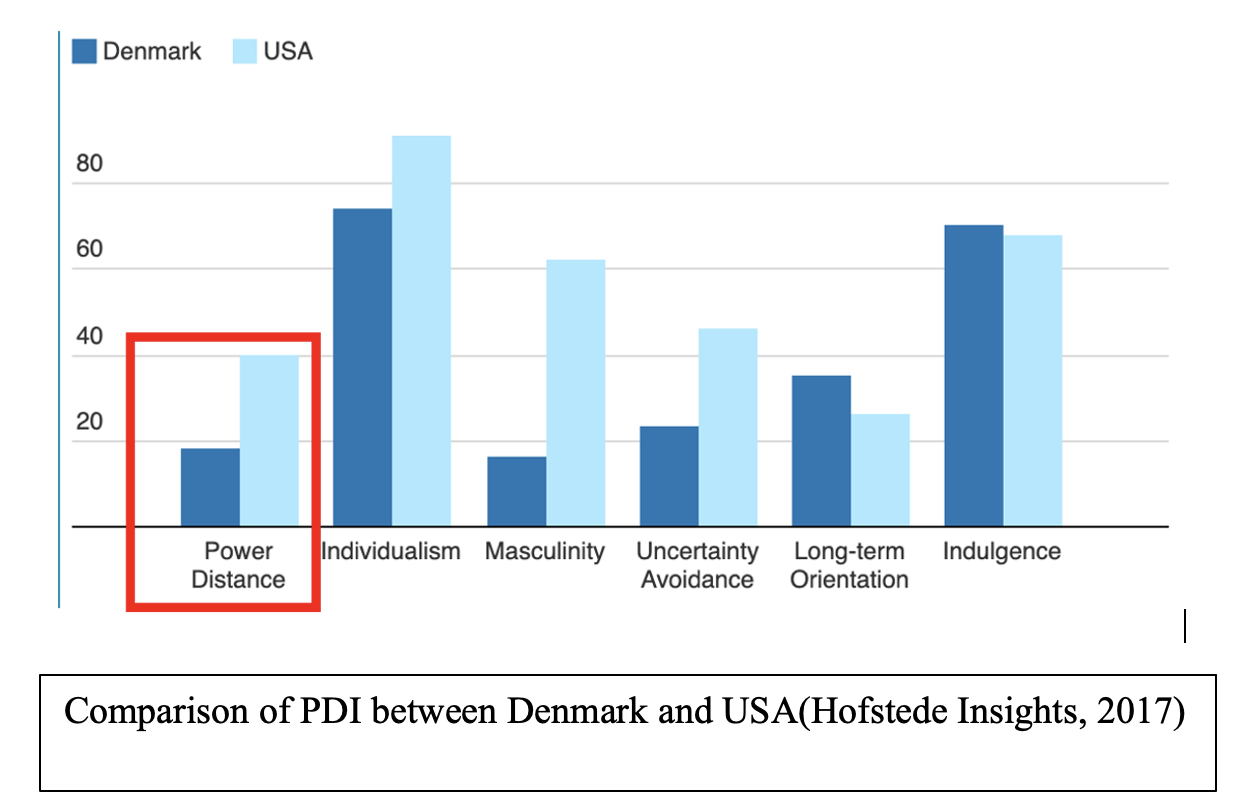 The diminished bureaucratic system in Denmark’s healthcare system optimizes the capacity of the workforce thus enabling an efficient system to operate; additionally, it recognizes the contribution of all healthcare providers (Matus, 2017).

To conclude, a healthcare system can greatly benefit from dismantling a hierarchical system within its administration thus promoting a positive and efficient workplace environment.

There is limited research examining how a high power index affects the healthcare environment. Yet, we can draw parallels between the two industries in the sense that both involve complex procedures with little or no room for error. As one begun its crusade against an entrenched, detrimental cultural behaviour, the other should take lessons to do the same. It is only in this way can healthcare promote active participation from all its constituents, thus ensuring an efficient system with better health outcomes.

“Bureaucracy is the death of all sound work.” ~ Albert Einstein

Hofstede Insights . (2017). Comparison of Pdi between Denmark and Usa. How does Denmark have better healthcare than the US for less money? https://sciencenordic.com/culture-denmark-forskerzonen/how-does-denmark-have-better-healthcare-than-the-us-for-less-money/1451158.

Matus , J. C. (2017, December 10). How does Denmark have better healthcare than the us for less money? ScienceNordic. https://sciencenordic.com/culture-denmark-forskerzonen/how-does-denmark-have-better-healthcare-than-the-us-for-less-money/1451158.

Hello, I am a Y13 student in Bangkok, Thailand.
I am interested in the fields of Biomedical Science Research and advancements. Additionally, I like to explore the implications of scientific research on society.