Selman Waksman first used the word antibiotic as a noun in 1941 to describe any small molecule made by a microbe that antagonizes the growth of other microbes. Nearly 80 years later, as of 2019, 123 countries reported the existence of extensive multi-antibiotic resistant tuberculosis. Furthermore, a year prior to this, Isabelle Carnell-Holdaway a cystic fibrosis sufferer was put in ICU after an aggressive infection of Mycobacterium abscessus, a relative of tuberculosis, spread to her liver putting it at risk of failure. With no new classes of antibiotics discovered and available for routine treatment since the 1980s, she was left with a 1% chance of survival. However in under two years, Isabelle went from receiving end-of-life care to preparing to sit her A-levels and learning to drive. It had taken an experimental bacterio-phage therapy treatment instead of antibiotics to save the life of a girl with a seemingly untreatable bacterial infection. This article will explore the factors responsible for hindering the discovery of a possible antibiotic that could have treated Isabelle: antimicrobial resistance, their misuse and the brain drain in research and development due to a failure of sufficient financial incentive for pharmaceutical companies.

HOW DO ANTIBIOTICS WORK?

The first antibiotic was discovered by Alexander Fleming in 1928. Nearly 100 years later, we now have over 100 different antibiotics available which fit into one of two categories: bacterio-static and bactericidal. The former slows the growth of bacteria by interfering with the processes the bacteria need to multiply, and include nucleic acid synthesis and enzyme activity and protein synthesis. The latter, with the example of penicillin, works to directly kill the bacteria for example by interfering with the formation of cell walls.

The main problem that made Isabelle’s treatment so difficult was resistance. Bacteria are termed drug-resistant when they are no longer inhibited by an antibiotic to which they were previously sensitive. At the moment an estimated 700,000 people are estimated to die each year from drug resistant infections, a statistic projected to rise to 10 million by 2050. This resistance can present itself in one of four ways. First, the bacterium can reduce intracellular accumulation of the antibiotic by decreasing permeability and/or increasing efficiency of efflux pumps to pump the antibiotic away. For example, the determinants improve efflux pumps located in the surface of bacterial cells, improving their ability to remove tetracycline. Second, resistance can occur in the method of alternating the target site of an antibiotic that reduces its binding capacity and thus its uptake. An example of this would be the OprD proteins. These are porins, meaning they mediate the uptake of molecules and preferentially block drugs like Imipenem. Moreover, other bacteria can acquire the ability to inactivate or modify the antibiotic. Penicillin’s efficacy can be undermined by the release of beta-lactamase. This is an enzyme produced by the target bacterium which essentially renders penicillin’s action on cell wall synthesis useless. Finally, bacteria can also modify metabolic pathways to circumvent the antibiotic effect. Quinolones target bacterial gyrase genes associated with the supercoiling of DNA. Under normal circumstances when the gyrases are inhibited, the DNA is unable to reorganise itself during cell division. A mutation in a gyrase gene allows for cell division to go on as normal but diminishes the effect of quinolones. Thus, one reason that makes the discovery of new antibiotics so difficult is because bacteria are equipped with several different mechanisms that encode and develop methods undermining the fundamental ways that antibiotics work.

How Is Resistance Acquired?

Resistance arises through the mutation or sharing of DNA using mobile genetic elements. The latter can occur in one of three ways. One way is through the use of viral mobile genetic elements during transduction. This happens when bacterial DNA is accidentally packaged in a bacteriophage capsid after infection. If this capsid binds to a recipient cell, and injects the foreign DNA, leading to the successful recombination of the donor DNA into the genome of the recipient, the bacteriophage can help transfer resistance genes. Another way this transfer can occur is through the use of plasmids during conjugation. Plasmids are extrachromosomal loops of DNA that replicate independents of the bacteria’s genophore and can be transferred when physical contact is made between two cells, followed by the formation of a pilli bridge that enables the transfer of a plasmid (which may also contain a gene for antibiotic resistance). Finally, resistance genes can also be transferred horizontally during transformation. Several antibiotic resistant pathogens are capable of this process, including Escherichia and Klebsiella which are leading causes of antibiotic resistant infections acquired within hospitals. The process of transformation happens when genes are released from nearby microbes and are taken in directly by another. This means that a single bacterium can also lead to other bacteria, previously sensitive to antibiotics, to inherit these mutations without needing to be direct offspring, perhaps ensuring that the whole microbial community is protected from the antibiotic, rendering them useless.

As aforementioned, the reproduction of the mutant resistant bacteria is also paramount in understanding the difficulty of new antibiotic discoveries. Resistance is an adaptation that occurs as a result of directional selection. When antibiotics are introduced into a community of bacteria, a selection pressure is created. Due to initial extensive genetic variation, there will be some bacterial species that inherently have alleles, allowing for resistance, which allows them to survive, to reproduce, and pass on the alleles that code for resistance to their offspring. Those without the allele for resistance die off. Thus, resistance becomes a selective advantage, and the allele frequency increases within the population. In ideal conditions, some bacterial cells can divide by binary fission every 20 minutes. Therefore, after only 8 hours, an excess of 16 million bacterial cells carrying resistance to a given antibiotic can be produced: in the wrong hands, a new antibiotic could be rendered useless overnight. For contrast, millions of years of evolution occurred before primates emerged with an enzyme that could efficiently digest alcohol, and even with this useful mutation, alcohol poisoning is still currently a problem, with alcohol-specific deaths in the UK reaching 11.8 deaths per 100,000 people in 2019. Thus, another reason that can be attributed to the difficulty of antibiotic discovery is the basic biology of bacteria which allows them to adapt to selection pressures and evolve at an exponential rate.

Contextual scenarios in which antibiotics act as a selection pressure is not limited to its use in treating infections in patients, but also within the agricultural industry–  something which is becoming a growing hindrance to the efficacy of existing antibiotics and responsible for the rise of superbugs such as MRSA. According to research published by Public Health England, more than 20% of antibiotics prescribed in primary care in England are inappropriate (i.e used in cases where unnecessary, such as treating viral infections).* This statistic demonstrates the need for antimicrobial stewardship in a society that treats this marvel of biology as a limitless commodity. Furthermore, there is a strong link between increasing rates of antibiotic prescription and emergence of resistant bacteria meaning that there is an increasing need for more narrower spectrum drugs to prevent a complete antimicrobial apocalypse.

Linking to this, our dependence on the use of extremely narrow spectrum potent antibiotics is being threatened by the agricultural industry. According to statistics from the UN’s Food and Agriculture Organisation, at any one moment around 20 billion animals are being kept as livestock. To keep maintenance costs cheap, they are often kept in unhygienic and extremely small, cramped spaces: the optimum breeding ground for disease. Antibiotics tend to be used as a catch-all to both treat illness in some and act as a prophylaxis in others. This system has led to increasingly more bacteria that are resistant to antibiotics. Though there are strict rules stipulating the rules of using strong antibiotics against already resistant bacteria to counteract this, it is not enough to keep up with the growing disparity between resistant bacteria and the development of antibiotics against them. In late 2015, China reported the existence of bacteria displaying resistance against colistin. This was a surprise, as the drug was rarely used (as liver damage is a common side effect) up until this point existing only as a good last resort option for complex infections occurring in hospitals. The resistance to colistin came about as a result of millions of farm animals in Chinese pig farms being given colistin over the course of many years. As aforementioned, this acted as a selection pressure, eventually leading to the increase in pigs carrying colistin resistant bacteria, and eventually crossing over to humans through the food chain. Therein lies a huge threat to the discovery of new antibiotics: finding a balance between mitigating side effects to allow safe use in humans and finding one strong enough to deal with strains already resistant to those that are almost too unsafe for human use.

One reason for the decline in antibiotic discovery is a lack of financial incentive for pharmaceutical companies. To refer back to Isabelle’s case, phage therapies are considered to be approximately 50% cheaper than antibiotics. Furthermore, as mentioned in a Ted talk by Gerry Wright, antibiotics have become so unprofitable that only 4 major pharmaceutical companies still have active antibiotic research programmes. Profit margins for antibiotic discovery are low in a pay-per-pill system since good medications will only be used once and in circulation with other ones to combat the possibility of resistance in the long term. As a result, production of treatments to regulate cancer or muscular-skeletal disease symptoms are most prominent in pharmaceuticals due to their repeated, long term use. 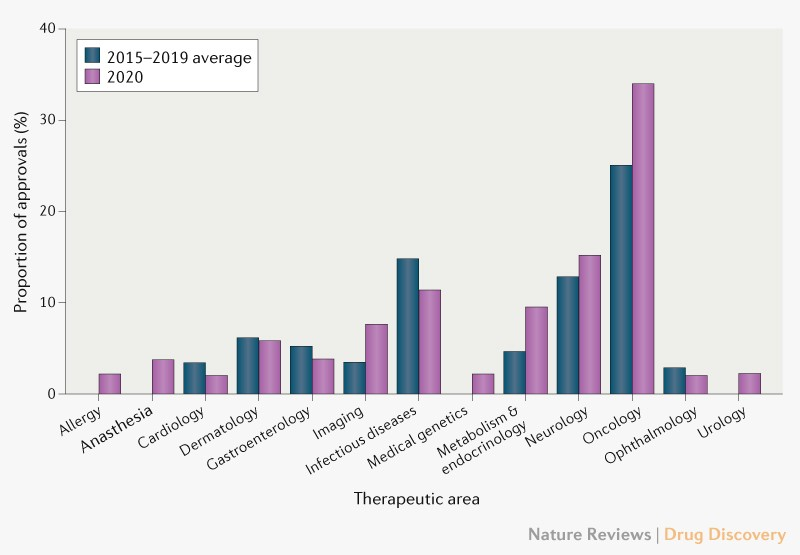 In an attempt to shift profits away from the volume of medication sold, in June 2020, UK Health Secretary Matt Hancock announced the adoption of a ‘Netflix Subscription Model’. This scheme attempts to tackle the growing global health threat by de-linking incentive payments to pharmaceutical companies from sales, offering guaranteed income for innovative treatments. Similarly, Germany has implemented a process where higher prices will be awarded for particularly important antibiotics. However, even if incentives such as these help to create new antibiotics, another pivotal question remains: how to ensure that existing and new medicines get to patients in low and middle income countries. With almost 2 billion people without access to antimicrobial treatments (LEDCs being disproportionately represented), failure to improve access for antibiotics, will limit efforts to tackle resistance everywhere.

In summary, the rate of emergence of new pathogenic bacteria greatly surpasses that of antibiotic development. As stated previously, the leading factor behind this issue is the versatile methods bacteria use to develop and spread resistance, something excavated by overprescription and misuse in the agricultural industry. Furthermore, the current economic model for the pharmaceutical industry doesn’t provide enough financial incentive to motivate enough companies to invest in innovations aimed to aid and tackle this problem, leading to some governments potentially turning to an alternative where they “pay more to use less”.

Adaora Belonwu is a student at St Michael's Catholic Grammar School in London. Currently she is interested in the fields of embryology, immunology and regenerative medicine.