The coloured part of the eye iris has pigmentation which determines our eye colour. Pigmentation varies depending on the melanin concentration in the iris pigment epithelium, iris stroma (located at the back & front of the iris) and the cellular density of the stroma.[1]The darker the eye colour, the more melanin is present in them. According to many studies and new research findings conducted, it is observed that there could be a relationship between a person’s eye colour and personality traits. Europeans have found to have the greatest variation in eye colour with brown being the most common, blue/gray eyes coming up second and the most rare colour being green. Babies usually have blue eyes at first, but they later darken as melanin builds up in the iris. Eyes with the least melanin appear grey or blue, a moderate amount of melanin produce green eyes and those with the highest amounts are brown or black.The person’s eye colour indicates how agreeable that person is like those with lighter-coloured (blue and green) eyes tend to be less agreeable and more competitive than the brown-eyed. Blue and green eyes were also linked to being egocentric and skeptical of others while those with brown eyes were considered more selfless, sympathetic and willing to help others.[2]

Eye Colours and their Personality Traits

Light to medium brown eyes is the world’s most prevalent eye color, with approximately 79% of the world’s population having them. They tend to be confident, assertive & are great at handling conflict because they are typically agreeable people who are willing to listen to other people’s points of view before giving their own. Chronobiology International published a study which showed that they tend to sleep two hours less than those with light-coloured eyes hence have poorer sleep cycles,thus having a harder time waking up in the morning.Researches particularly one conducted at Georgia State University, say that the melanin causing the brown hue in the eyes makes people more receptive to alcohol and are more likely to be alcoholics. But the later research has shown the opposite to be true.Dark-brown eyes are usually highly pigmented with more melanin, sometimes causing them to look nearly black, since darker the eyes the more melanin is present. They share many of the same traits with light brown eyed people but are more confident than them. They are natural leaders who are mysterious.They tend to drink less than those with lighter eyes. They don’t follow the crowd but the crowd follows them. They are better in sports, requiring hitting targets like tennis.[3]

People with Black eyes are considered to be strong, full of energy, impulsive, often seek dangerous adventures, exhibit great dignity but pretentious, and are secretive and mysterious. They are also very passionate and loyal especially to their friends.[3]

Only 2% of the world’s population have green eyes.The balance of melanin in green eyes contributes to a mix of brown eye and blue eye personality traits. Green eyed people are the most exotic and seductive ones,mysterious with a self-sufficiency attitude, often unpredictable,yet slow to anger. They have a melanin balance which keeps them agreeable yet dominant and strong. They are patient, can restrain their emotions, are original, creative, highly intelligent, intellectual,have a high level of concentration and enjoy freedom.They are considered mysterious,nature admirers and have a positive and creative outlook towards life. Also very jovial, and can easily become jealous but possess lots of love. They are generally sensual and attractive.[3]

Gray eyes are a sign of a person who obeys society’s standards while being quiet and deceptive.[5]This eye color is a variation of blue eyes and is extremely rare which is 1% of the world population. If one has gray eyes their personality traits vary depending on whether it is dark or light gray. Light gray eyes have much less melanin than dark gray eyes. Those with light gray eyes won’t let just anyone in but once they do, they open up completely and great affection. Whereas Dark gray eyes have a balanced personality with two separate sides, sometimes good and sometimes bad depending upon the situation.[3]

8-10% of the world’s population are blue eyed, and are considered to share a single ancestor in common.The light blue hue of this eye color is sometimes associated with being soft and timid but they are considered to be the strongest of all as they are better able to tolerate pain than those with any other eye color. They know how to manage their emotions and can handle the negative ones very well as they possess inner and physical strength.They are considered a representation of knowledge,attractive,possessing a peaceful and calm personality. They are considered to exceed expectations especially in academic sciences.[4]

People with violet eyes are highly imaginative, creative, possess lots of self-esteem,  and are often a perfectionist with high ideals and a high charisma.[3]

According to researchers Amber eye colour in humans is the rarest (0.01%) which are of solid colour and have a strong tint of yellowish or golden with a copper tint due to deposition of a yellow pigment called lipochrome in the iris. It is a very fascinating eye colour to have because of the mystic personality and aura they carry. Such people are crowd pleasers. They are mistaken to be reserved but in reality they are very warm, charming and a great conversationalist. They are also unique, creative, innovative, trustworthy, like being outdoors and are appealing to others.[3]

The unique coloring of hazel eyes is a result of the combination of brown and amber with a unique scattering of light due to materials from the bloodstream that were broken down due to liver imbalance thus might experience digestive issues.They often appear to change colors; more green, amber, or brown depending on their environment. Only 5%of the world’s population have hazel eyes and that goes perfectly with their personality. Hazel eyed people are rare,hard to describe and have a balanced attitude.They are imaginative, determined, love adventures, and often have a boundless inner vitality. They are often risk takers, profound thinkers, courageous, aware of their own limitations, responsible but often have a serious selfish attitude.Two hazel eyes are never exactly the same just like their unique eye colour scheming,thus hard to pinpoint their exact trait.[3] 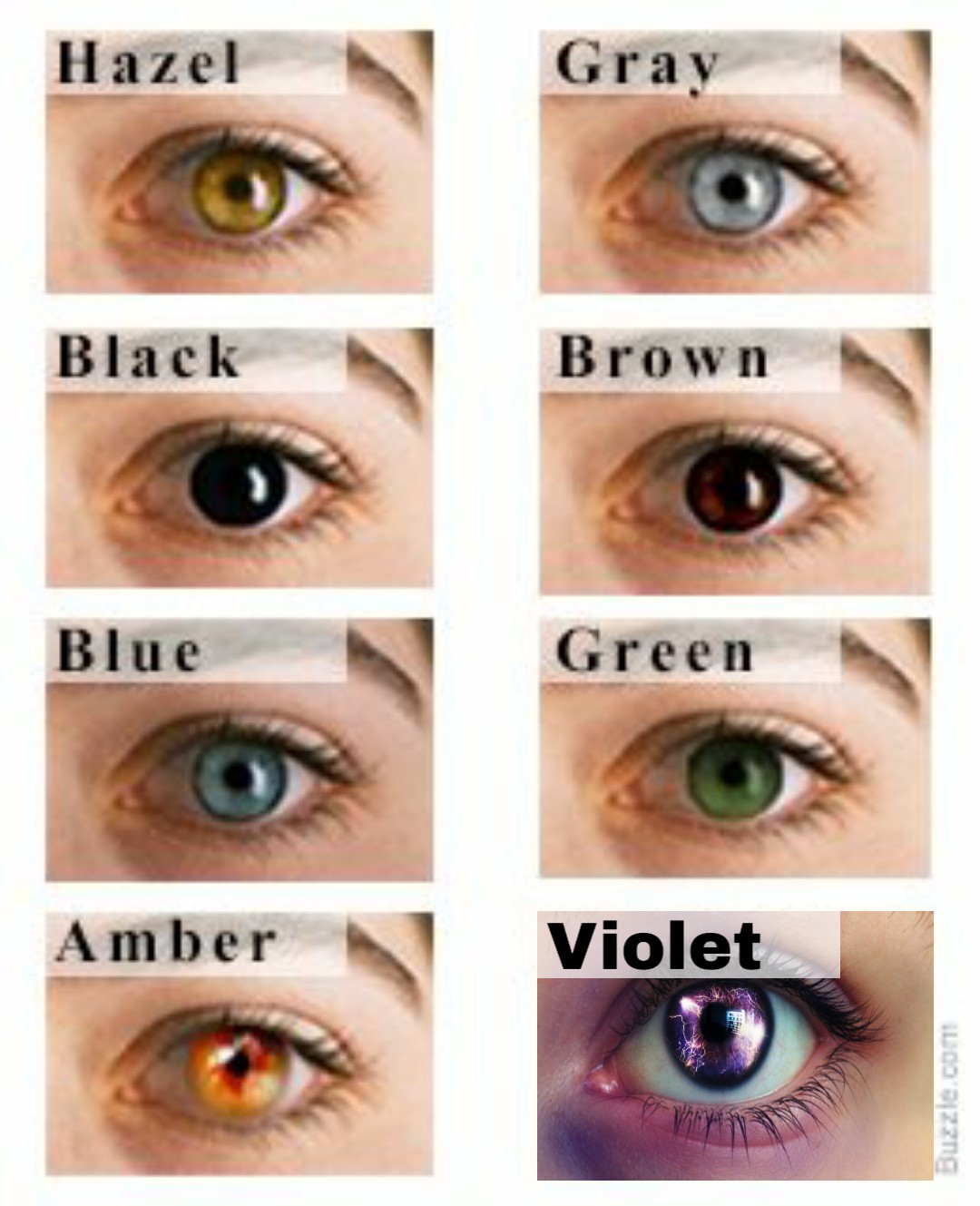 Our eyes are not only the windows to our soul but also to our personality.The pigmentation of our iris influences the way one acts, the things one likes and overall how a person is.Our eye colour always reflects our inner feelings of joy, happiness, compassion, patience, frustration, pain and anger. There is surely a connection between personality traits and iris characteristics which suggests that people with different eye colors tend to develop distinctive personality traits based on eye colors.

[3]Clark, C. (2012, November 12). Does Eye Color Indicate Intelligence or Personality? What Are Your Eyes Telling the World? – Owlcation – Education. Retrieved September 09, 2020, from https://owlcation.com/stem/Does-eye-color-indicate-intelligence-and-personality-traits